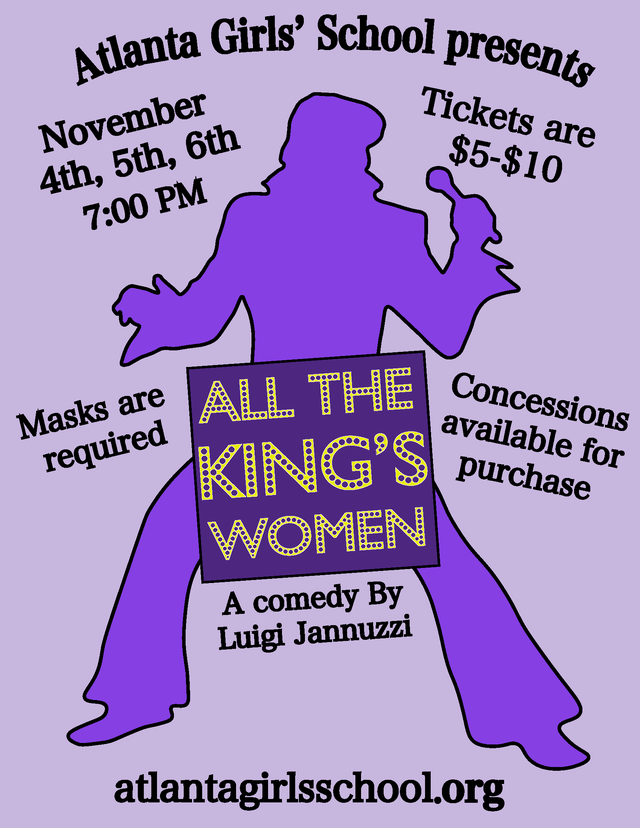 Atlanta Girls' School in All The King's Women

Atlanta Girls' School production of Luigi Jannuzzi's All the King's Women. The story of Elvis Presley is told through the eyes of 17 Women! Some Enthralled! Some Appalled! ALL OBSESSED! A fast-paced series of 5 comedic plays and 3 monologues based on the Life of Elvis Presley. From Tupelo Mississippi where 11-year-old Elvis wanted a BB Gun instead of a guitar, to The Steve Allen Show, from President Richard Nixon's office to Andy Warhol's studio, from Cadillac Salesmen to Graceland guards, this is a touching, bring-the-family comedy with a heart that captures the effects that fame, generosity & just being a nice guy can bring to others!